Why Bankruptcy Isn't a Bad Word

For many Americans, the idea of retaining bankruptcy law services can seem like a black mark on their record. American bankruptcy law, however, is designed to give honest people a chance to get their finances in order without wrecking their lives. Bankruptcy isn't a bad word, and here are four reasons why you may want to reconsider it.

Bankruptcy attorney services are available to help clients take control of situations that require intervention. If you're running a business in a down economy, for example, the ability to restructure your debts through the Chapter 11 system may be the difference between making it to better times or watching the enterprise go under. You can take control of your circumstances by appealing to the court for relief. Although this never comes without a price, the price is still likely to be much cheaper than getting buried under debts.

You're Bringing an End to a Terrible Situation

Chapter 7 bankruptcy is another common tool that's used. In this process, a trustee appointed by the court will sell off a significant chunk of your assets. However, the big advantage is that once the trust and the judge finalize the bankruptcy, that's the end of the misery. You will exit bankruptcy with a financial slate that's clean of the debts listed in your petition. Creditors can't continue to come after you because the debts are discharged permanently.

You're Putting an End to Excessive Calls

When someone submits a petition for bankruptcy relief, the judge will enter a stay. This is a court order that immediately halts all collection actions while the case is handled. If you're on the verge of foreclosure, for example, this stay will stop the bank in its tracks. Also, bill collectors will be immediately informed to cease harassing communications such as phone calls, emails, and messages on social media.

Many other legal actions are halted, too. The court usually prevents creditors from conducting evictions, garnishments, and foreclosures. It also stops them from shutting off utilities.

You're Able to Ask for Exceptions

Bankruptcy law was written with a reasonable understanding that people still have lives to lead. If you're going through the Chapter 7 process, the court will allow you to present a list of exemptions. These are assets that you're asking the court to allow you to keep for practical reasons. For example, you might need to keep your car because you require it to get to and from work.

Learn more about your options by contacting bankruptcy law services. 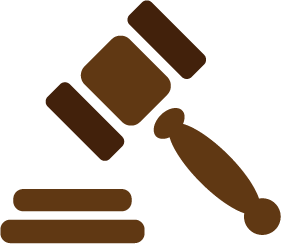 If your mountain of debt has grown so tremendous that you can't imagine a way out, then you need to contact a bankruptcy attorney. Even though filing bankruptcy can seem like cheating, it is sometimes the only option when you have consumer or medical debt that is consuming your paycheck and then being left unpaid. An attorney can take a look at your finances and recommend a pathway out of debt utilizing one of the several types of bankruptcy available. Learning more about this process can make it seem more approachable. Dig into the articles on this website to get started with that learning.